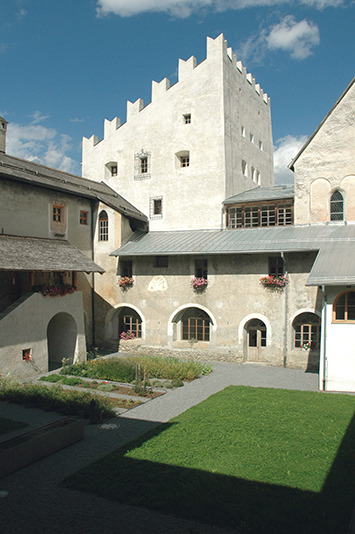 1499: The battle of Calven leaves its mark on the convent

In the battle of Calven, during the Swabian War between Grisons and Tyrol, raiders set fire to the convent, with the result that Abbess Angelina Planta had a vast amount of rebuilding to organise. She completed the reinforcement of the convent’s perimeter walls and the gate towers, had the cloister replaced, the two-storey north wing raised to three floors, a stable erected in the northwest corner of the convent’s complex and, finally, the interior of the Planta Tower rebuilt.

The impressive style of Abbess Angelina Planta gave the tower its name. It was only in the 1990’s, when archaeological research was carried out in the tower, that the experts discovered, thanks to dendrochronology, that the Planta Tower was built in the 10th century.